......Click  to Support our journalism with a contribution of any size.

Help us deliver The Independent JOURNALISM the world needs. Support The Mt. Kenya Times. Every contribution, however big or small, is so valuable for our future. .........

Mwea farmers tell politician to keep off the scheme affairs

IMF Executive Board Completes Sixth Review Under Mali’s ECF and Approves US$25.8 Million Disbursement for Mali

MULTI-TALENTED MAN WHO COULD ENTERTAIN SPECTATORS AND AUDIENCE

Police, Judiciary Told To Be Neutral

Made up of 32,680 photovoltaic panels, the new 10 megawatt facility is the country’s first grid-connected solar plant and will generate clean, low-carbon, sustainable electricity to 40,000 homes, schools and businesses in the area

Honorable D’Ujanga Simon, Minister of State for Energy, together with representatives of Access Power (www.Access-Power.com), EREN RE (www.EREN-Groupe.com) and donors celebrated today the inauguration of the solar power plant in Soroti.

Made up of 32,680 photovoltaic panels, the new 10 megawatt facility is the country’s first grid-connected solar plant and will generate clean, low-carbon, sustainable electricity to 40,000 homes, schools and businesses in the area.

The project was developed under the Global Energy Transfer Feed in Tariff (“GET FiT”) (www.GetFiT-Uganda.org), a dedicated support scheme for renewable energy projects managed by Germany’s KfW Development Bank in partnership with Uganda’s Electricity Regulatory Agency (ERA) and funded by the governments of Norway, Germany, the United Kingdom and the European Union. The GET FiT programme helps renewable energy sources become more affordable and therefore more accessible in Eastern Africa.

The US$19 million Soroti Solar Plant is in part funded by the European Union – Africa Infrastructure Trust Fund through the GET FiT Solar Facility equivalent to 8.7 million euros in the form of result-based premium payments per kWh of delivered electricity.

The project is financed by a mix of debt and equity with the senior debt facility being provided by FMO (www.FMO.nl), the Netherlands Development Bank, and the Emerging Africa Infrastructure Fund (EAIF) (www.EAIF.com).

The inauguration ceremony was attended by Uganda’s Minister of State for Energy, Ambassadors from the EU, Germany and the Netherlands, as well as key stakeholders from Access Power and EREN RE; TSK, the contractor who built the plant; FMO and Private Infrastructure Development Group (PIDG) (www.PIDG.org) company The Emerging Africa Infrastructure Fund (EAIF) as financiers, and other key officials.

Located on a 33 acre plot of land in Soroti District, the power plant has the potential to increase its net output capacity by a further 20MW of solar energy

The H.E. Ambassador Kristian Schmidt, European Union Head of Delegation to Uganda said in his speech: “Uganda is a good place to invest in solar energy. The regulatory framework is conducive and Government rightly recognises Uganda’s energy future must be renewable. It is great that this is now triggering private sector interest in solar power generation. The European Union is proud that our grant contribution ensures the realisation of the Soroti Solar Plant, and I hope this is only just the beginning for many more to come.”

The ERA Chief Executive Officer, Eng. Ziria Tibalwa noted, “that the Access Solar Uganda 10MW grid connected solar P.V project we are launching today is so far the largest in the East African region. We are so proud of this outcome of our stable and favorable regulatory environment that has produced such a leading project in the East African Region. We congratulate Access Solar and the people of Uganda upon this milestone.”

David Corchia, CEO, EREN RE, stated: “Soroti solar plant is an excellent textbook example of how collaboration among key local and international stakeholders can result in the successful execution and completion of such a ground breaking project and in tangible progress in the spread of renewable energy across Africa. We wish to express our gratitude and thanks to the organizations and individuals who made the construction of the largest solar power plant in East Africa possible. As a global renewable energy Independent Power Producer we take this opportunity to reaffirm our commitment to the African power sector and we look forward to replicating this model in many other African countries in other districts in Uganda and across the region.”

Reda El Chaar, Executive Chairman, Access Power declared, “We are thrilled to have been given the opportunity to work with our European and Ugandan partners to bring to reality this flagship solar power plant. Soroti raises the bar on what can be achieved through teamwork and we look forward to more collaborative efforts to expand the footprint of clean energy across this mighty continent.”

Jennie Barugh, Head DFID Uganda on the impact of GET FiT:  “As an outward-looking nation, the UK fully supports Uganda in its effort to become a middle income country, with bilateral support of £110m this year. Power is an important enabler of development. GET FiT has helped to demonstrate the success of private sector led renewable energy projects; reducing costs to the government and increasing supply to help the people of Uganda to improve livelihoods and economic empowerment, especially for women and girls, so they can stand on their own two feet. Uganda has led the way in this sector and we expect other African nations to learn from and build on the successes of GET FiT. The Soroti plant is also one of the eight renewable energy projects in Uganda to have benefited from the UK Aid supported Emerging Africa Infrastructure Fund (EAIF) – part of the multilateral Private Infrastructure Development Group (PIDG).  The UK is committed to supporting and improving the lives of Ugandans – with the vast majority (80%) living without access to clean modern energy – helping Uganda leave aid dependency behind.”

Linda Broekhuizen, CIO of FMO Dutch development bank, underlines the importance of the project: “FMO is a proud supporter of this project. Renewable energy projects like these are fully in line with our aim to positively affect peoples’ lives by supporting development, creating jobs and providing clean and sustainable energy to Uganda.”

Oscar Kang’oro, a Non-Executive Director of the Emerging Africa Infrastructure Fund (EAIF) confirms EAIF’s commitment to supporting solar and small hydro power projects in Uganda: “EAIF is fully engaged in Uganda and to date financed 8 renewable energy projects in the country, including Soroti. I particularly want to congratulate Access and EREN on their vision and enterprise. Our funders at the UK government’s DFID, at The Netherlands DGIS, Switzerland’s SECO and Sweden’s SIDA, see the great benefits that small and renewable generating capacity can bring, particularly in rural and semi-rural areas. This can unlock economic potential, create new economic development opportunities, grow the productivity of public services and improve energy security. Most importantly, the arrival in a district of more dependable and more affordable electricity can transform and enhance the lives of many thousands of men, women and children.”

Located on a 33 acre plot of land in Soroti District, the power plant has the potential to increase its net output capacity by a further 20MW of solar energy. At peak construction the plant had over 120 local workers involved, including engineers recruited and trained by Access Power and EREN RE. 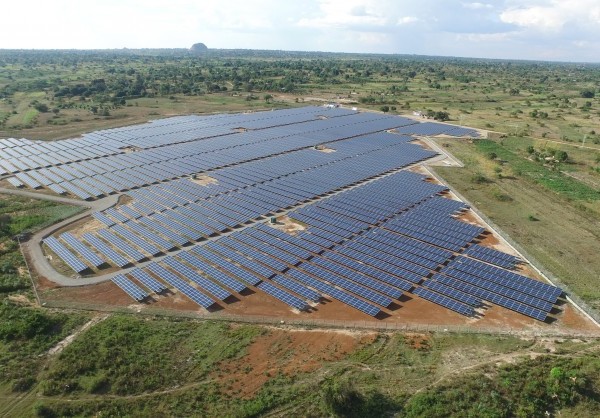 How cloud technology could transform manufacturing in Africa

UN Participates in Seminar on Egypt’s Role in World Organization

SCHOOL OF WISDOM – BROKEN & MOLDED INTO SOMETHING BEAUTIFUL

US Companies seeking to move manufacturing base from China to India

What Do You Know About Gratitude?

Back
Widgets on side panel

Waiguru bows to politics of survival

By: Kamande Muchiri  @MountKenyaTimes Waiguru’s move did not come as surprise to observers as she had been sending signals that she would abandon the ruling Jubilee Party after the courts declared the Building Bridges Initiative constitutional amendment process she previously supported as null and void. ”The bible says when you lack wisdom, you ask for …

Teenagers have a tendency of wanting to experiment everything

By: Shem Godwins Worth Noting: Drug and substance abuse has also gone up in our schools. It is a problem teachers face but no rational combat mechanism has been developed. If an investigation could be carried out right now to determine this, then the results will shock the world. Taking you back to the current …

Hello Valentine and welcome to The Mt. Kenya Times.  Hello too and many thanks for hosting me. Briefly tell us who you are. My beautiful name is Valentine Zablon. I am a communication and media practitioner, a voice over artist (VOA), mental health enthusiast, fashion model and a good lover. I am all about positive …

Minister Dion to travel to Nigeria, Kenya and Ethiopia